The King James Bible and the U.S. Civil War 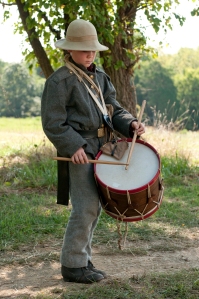 Yesterday, July 21, was the 150th anniversary of the First Battle of Manassas or Bull Run, the first major land battle of the Civil War. The coincidence of the anniversaries of the U.S. Civil War and the publication of the King James Bible offers an opportunity to reflect on how important the KJB was for this crisis in American history.

For both sides, South and North, the war was conceived in biblical terms. As Abraham Lincoln put it in his Second Inaugural Address on March 24, 1865, “Both [North and South] read the same Bible, and pray to the same God; and each invokes His aid against the other.” In the mid nineteenth century, the King James Bible was overwhelmingly the Bible of American Protestant Christians, with the American Bible Society alone publishing a million KJBs annually. Lincoln was sworn in on a copy of the KJB, just as George Washington and other presidents were before him. The key issue in the Civil War was slavery, and for Southerners the Bible provided its justification, as argued in works like Josiah Priest’s Bible Defense of Slavery (Glasgow, KY, 1852). Yet Northern Abolitionists from John Brown to Frederick Douglass (as discussed in this earlier post) found their justification in the Bible too. 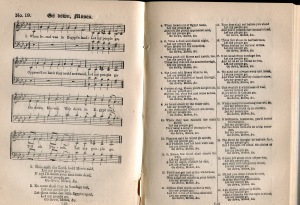 In fact, though the KJB, along with Christianity, was introduced to slaves by their owners in hopes it would encourage obedience, the slaves turned the religion and the book against their masters, finding in them instead a source of hope and a manifesto for freedom from bondage. The spiritual “Go Down Moses,” for instance, interprets the story of Israel’s Exodus out of Egypt as a promise for the exodus of blacks out of slavery. The language of African American religion, music, literature, and public oratory has been steeped in the rhythms and phrases of the KJB ever since.

This entry was posted on July 22, 2011 by Hannibal Hamlin. It was filed under From the Curators, In the News, The KJB in History, Uncategorized and was tagged with Abraham Lincoln, American Bible Society, American Civil War, Bull Run, Frederick Douglass, Go Down Moses, John Brown, Manassas, Prince William County, Second Inaugural Address, U.S. Civil War, Virginia.