Arts, crafts, and the KJB 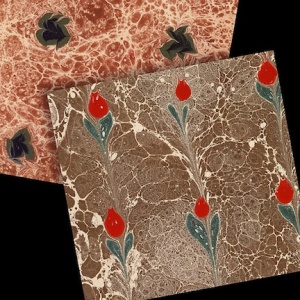 If you follow Manifold Greatness on our Twitter account and  our Facebook page, you already know that the celebration of the King James Bible this 400th anniversary year has taken some creative turns, in everything from drama, music, and art to crafts as ephemeral as flower arranging and scarecrow making.

A quick round-up of some recent highlights reveals—in the last week alone—two new, live-theater productions based on the King James Bible, both in Oxford. A one-night performance at Merton College, University of Oxford, The Full 1611, used lines from every book of the KJB to fashion a 100-minute drama. An Oxford theater troupe, meanwhile, is staging Tales of King James, an original two-actor play, in St. Barnabas Church.

On Wednesday, the King James Bible Trust announced the winning new choral works for its King James Bible Composition Awards, out of eight finalist pieces—both to be aired June 19 on BBC Radio 3’s The Choir: “Out of the South Cometh the Whirlwind,” by Zachary Wadsworth and “The Mystery of Christ,” by Christopher Totney.

In the visual arts, a juried exhibition of modern mosaics on the theme of the King James Bible remains on view through May 30 at Lichfield Cathedral. (In the US, contemporary artist Mako Fujimura has produced a commissioned series of paintings in honor of the King James Bible 400th; they’ll be in the On Eagles’ Wings KJB exhibit, opening in July at New York’s Museum of Biblical Art.)

And, as mentioned, some local crafts are responding to the anniversaryas well. A flower festival in Belfast this weekend marks the anniversary with floral displays evoking Bible verses. Nor is this the only KJB flower arranging this weekend alone; there’s another in Stoke Row. Last week’s Eastwood & Kimberley Advertiser even reported that this year’s scarecrow festival in Underwood included “biblical characters” made by residents “to mark the King James Bible’s 400th anniversary,” although a non-KJB George and the Dragon won the contest. You can see the slingshot-wielding David scarecrow here.