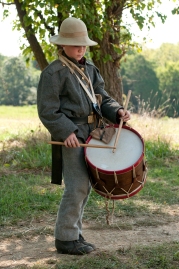 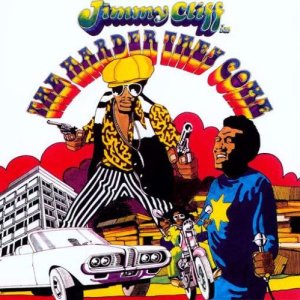 It’s a warm, sunny day in Rochester, NY and my office is resounding with the soundtrack to The Harder They Come—a reggae classic. It prompts me to follow up on an earlier post that discussed how Bob Marley carried a copy of the King James Bible with him and often engaged friends in religious debate. Marley and other reggae artists also incorporated verses from the KJV into their lyrics and I thought I’d share a couple with you.

One example of Marley’s use of Bible verse is his song “Small Axe” .  Click here to watch on YouTube.

A helpful website “dedicated to matching Reggae song lyrics to Biblical quotations” compares Marley’s “Small Axe” to the biblical passages from which he drew his inspiration. For example, they show how Marley drew inspiration from Proverbs 26:27 and Ecclesiastes 10:8 for the song’s refrain.

Proverbs 26:27 – “Whoso diggeth a pit shall fall therein: and he that rolleth a stone, it will return upon him.”

Ecclesiastes 10:8 – “He that diggeth a pit shall fall into it; and whoso breaketh an hedge, a serpent shall bite him.”

Perhaps my personal favorite example of the use of Biblical verse in Reggae music is the Melodians “Rivers of Babylon” (1970), a highlight of The Harder They Come soundtrack.  Songwriters Brent Dowe and Trevor McNaughton beautifully interpret Psalms 19 and 137 with Rastafarian references to Emperor Haile Selassie I as “King Alpha” and “Fari” or “Jah Rastafari.

Psalm 137:  “By the rivers of Babylon, there we sat down, yes, we wept, when we remembered Zion.”

Psalm 19:  “Let the words of my mouth, and the meditation of my heart, be acceptable in thy sight, O LORD, my strength, and my redeemer.”

‘Cause the wicked carried us away in captivity
Required from us a song
How can we sing King Alpha’s song
In a strange land?

‘Cause the wicked carried us away in captivity
Required from us a song
How can we sing King Alpha’s song
In a strange land?

So, let the words of our mouth
And the meditation of our heart
Be acceptable in Thy sight
Oh, Fari”

May 11, 2011 marks the 30th anniversary of the death of Bob Marley. In her book, The Book of Exodus: The Making and Meaning of Bob Marley and the Wailers’ Album of the Century, Vivien Goldman writes about Marley’s relationship with his special copy of the King James Bible:

“Bob never went anywhere without his old King James Bible. Personalized with photos of Haile Selassie, it would lie open beside him, a ribbon marking the place, as he played his guitar by candlelight in whichever city he found himself. He had a way of isolating himself with the book, withdrawing from the other laughing musicians on the tour bus to ponder a particular passage, then challenging his bred’ren to debate it as vigorously as if they were playing soccer.” (Book of Exodus)

Another Bible owned by Bob Marley is pictured above and below.  It’s a Gideon’s Bible—a special copy among the many millions of others that have been placed in hotel rooms all over the world.

The King James Bible is an important book in the Rastafari movement, and thus its language has had a profound impact on a great many reggae artists.  For comparisons of Marley’s lyrics with passages from the King James Bible, see the follow examples as presented on the website Words Of Wisdom – Biblical Quotations In Reggae Lyrics: 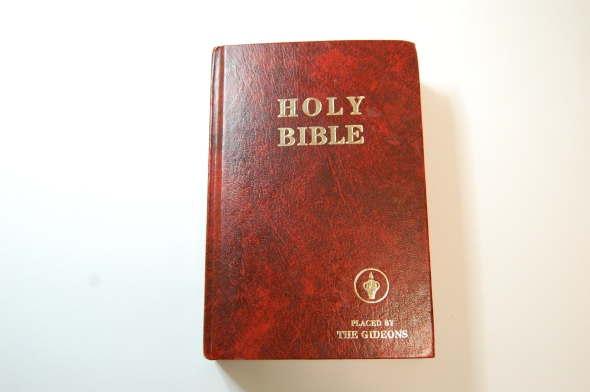 A Gideon's Bible owned by Bob Marley. Collection of the Bob Marley Foundation. Courtesy of the Rock and Roll Hall of Fame.