Digital Footprints on the Sands of Time 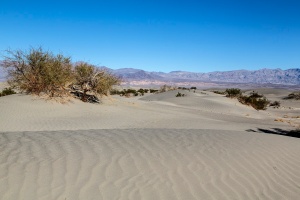 “Lives of great men all remind us / We can make our lives sublime. / And, departing, leave behind us / Footprints on the sands of time”

In these familiar lines from his 1838 poem “A Psalm of Life,” Henry Wadsworth Longfellow offered the famous image of “footprints on the sands of time.” Written during the years after the death of the poet’s first wife and before his marriage to his second, the poem is one of those that Longfellow liked to call his “psalms.” The footprints are also a great image for the sometimes fleeting, sometimes longer lasting, digital materials that emerge from major projects today.

Our Manifold Greatness project has certainly left behind hundreds, if not thousands, of ephemeral footprints on Twitter, Facebook, and local news site calendars; it also leaves some more enduring footpaths that seem likely to continue long after this project is complete. In addition to the project’s own core resources previously chronicled on this blog (the website, the app, the Folger videos, the traveling exhibit YouTube videos, the Folger exhibition pages, the exhibition opening podcast, and more), Manifold Greatness has inspired a far-flung array of other online materials. Here’s a trail guide to those we’ve spotted so far:

On iTunes U, look for the series of Manifold Greatness lectures at Oxford (as audio or video). At the University of Wyoming, a Manifold Greatness page in the Wyoming Scholars Repository brings together five illustrated lecture videos (also available on YouTube): “The Role the King James Bible Played in Mormonism and the Settlement of the West” (Philip Barlow), “The World’s First Scripture Translations: The Targums and the Septuagint” (Paul V.M. Fletcher), “Seventeenth Century Needleworks and the King James Bible” (Susan Frye), and “Jerome’s Vulgate Translation: The First People’s Bible” (Kris Utterback).

Several of the Manifold Greatness traveling exhibit host libraries—particularly those at colleges and universities—used Libguides to create what are, in effect, small, focused websites, ranging from lists of books and resources at that library, to online sources, to detailed surverys of the exhibit cases in their own accompanying exhibitions. So far, we know of seven Manifold Greatness Libguides, all quite different, and each leaving its own set of digital footprints to follow: Arizona State University Libraries, Harford Community College Library, Loyola Marymount University, Pepperdine University Libraries, University of Wyoming Libraries, Whitworth University Library, and (on the King James Bible Quadricentennial), William Carey University.

On Vimeo, Claremont Graduate University, one of the earliest Manifold Greatness exhibit sites, has posted “‘A Bible! A Bible! We Have Got a Bible!’: Mormonism’s Selective Affair with the King James Bible” (Patrick Mason) and “The Bible and Translation” (Tammi Schneider). And in the last two weeks, the Nancy Guinn Memorial Library in Conyers, Georgia, posted on Vimeo, too, sharing a recent presentation by Michael Morgan on “The Origins of the King James Bible,” that includes highlights of Morgan’s collection of Bibles and related materials, including Handel’s Messiah.

We invite you to follow some of these Manifold Greatness digital footprints, and see what new content and ideas you may find. But don’t be too surprised if you discover, over the years, that some of the links are broken and their footprints faded back into the sand. As Longfellow noted in 1838, such is the nature of life—digital and otherwise.

Manifold Greatness: The Creation and Afterlife of the King James Bible is on exhibit at the Nancy Guinn Memorial Library in Conyers, Georgia, through July 12.